AND3 has begun. Conditions are promising with many AK and HI at good levels at 14 UTC. Participants: GF, JA, OF and TBV

AND3 report 16-17.10: Brief opening to Brazil after 20:40 UTC, 1240 Radio Sao Francisco was the first new one in the log. From 01 UTC strong opening to the Rockies and Mexico with west coast stations becoming dominant by late morning.

AND3 report 17-18.10: Every MW DXer can easily imagine a dream DX night. Last night easily belongs to that category. For starters we were served very nice signals from Brazil after 20:30 UTC. From 22:45 our attention was on North America, starting from the Great Lakes and moving slowly westwards. During that process we were treated to numerous daytime signals from the Central and Mountain time zones, later Oregon stations almost convinced us we were actually there. Brief conclusion: A superb night and morning

AND3 report 18-19.10: Again a good night and morning, although somewhat less focused and interesting than the previous day. 1400 KIHH logged Oct,18.

AND3 report 19-20.10: Great start to the night with DT signals from the northeastern US and the Great Lakes. Improving signals from South America during the night, 550 CW1 and 760 LU6 were excellent at LSR. Good morning to the US EC, poor to the WC.

AND3 report 20-21.10: WEGP was heard at 20:40utc increasing our hopes for a good night. Despite some usual MI stations around 23:00 the night was disappointing. Early morning conds were very good to Paraguay, Uruguay and Argentina. Excellent signals from eastern NA 07-09:30utc and then WC after 09:45

AND3 report 21-22.10: Good conds to Brazil and La Plata 21-00UTC. At midnight a few DT signals from CO and UT, then slowly improving conds until 04 UTC. From then and until just before noon strong signals from the Great Lakes and westwards.

AND3 report 22-23.10: Excellent to Brazil from 21UTC and until early morning. Sporadic spot conditions to NA 22-01:30UTC offered daytimers from all mainland US time zones. Later on relatively poor conds with stations mainly from the WC.

AND3 report 23-24.10: Possibly the best NA conditions this century. If it gets any better than this the last 2 nights we will not need to go DX-peditions again. Ever

AND3 report 24-25.10: Strong widespread NA signals from 22utc, at times mixing with Cubans and Mexicans. Boring during the morning. Towards noon improving with strong signals from WA, OR and CA.

AND3 report 25-26.10: Very interesting NA conds. At first many DT signals from the northeastern USA. Then a brief break before we got lots of of interesting stations from the Mountain time zone. Early morning had an extremely intense opening to WA, OR and BC. Then things changed very quickly with a strong opening to the eastern part of the USA. An excellent final day.
Posted by JVA at 17:40 No comments:

Indeed the latest version runs quite OK even on my laptop (T40, with 512 MB memory, 1.3 GHz processor) and on my old table-top (Fujitsu) of 3.0 GHz/1.5 Gb mem. only slightly better actually. All these recording 1600 kHz RF-file. And the new file being 16-bit file, it saves HD and now you can record (without modifying the windows parameters) 5 minutes files (of about 2.2 Gb each). The latest version has also the “zoom” when you can zoom the frequency reading to be able to read rather precise frequencies down to below 1 Hz. However on my setups, it is still rather slow and there are problems when trying to do that when playing back the recorded file. Still I find easier to use SpectruVue for exact frequency read-out. Otherwise the Perseus software is fine with many bells and whistles like the DSP-noise reduction etc. Well done, Nico.

Famous DXer (“PlayDX”) Dario Monferini from visited my DX-QTH at King´s Villages for a few days at the end of August. Dario enjoyed some good openings on mw as well as on FM (St Peterburg stations). Dario tested also SDR-DX using Perseus and SDR-IQ receivers. He managed to get quite a few Trans-Atlantic signals. I had to work all days – so my job was more to obtain cooking and make food for us. We enjoyed Salmon “Lemon” with some Italian style vegetables (with Italian Mozzarella) among others (like pasta etc!). Dario “DXing” can be seen on the picture. Some catches of Asians were made also using my car´s RX – these includes good reception of 1566 and JOIF 1413 (at 2000 UTC)

More pictures of Darios adventures at the Play-DX-site.

After Dario’s DX-days I drove to Haapavesi-QTH with Viktor Rytkovsky (picked up at the trailway station Kouvola). We went via Joensuu and took MR (Mauno Ritola) with us. As always during the last years we soon noticed geomagnetic disturbance starting when driving up North! And indeed at the night 4th Sept we could even see the Aurora Borealis. Thanks to Jari Ylioja – an active photographer of Space & Aurora (more Jari´s pictures at SpaceWeather Auroa Gallery) the was photographed at the same time only to the South of our QTH! So dxing was no so active, the only “result” was a carrier of the Nigerian station on 917 kHz (s/off around 23ut).

After the meeting we went to to the EDXC 2008 meeting. It was nice to see many DXers at , although my staying lasted only a few hours.

Some DX in August– September

So far I am still waiting to be able to use my Far East BOG. So most DX is made using my longwire of (NNW). Some nice openings to has been noted with some new stations for me. I decided also to announce “The King´s Village Station of the Month” each month. These are new for me or otherwise interesting to be announced.

I will put my presentation of the latest trends of SDRs in later on the web later on.

This station was particularly interesting as it took some days to discover what is doing a strong het on 1390.0 kHz. Soon I noted the signal is coming from above the nominal on 1390.215 kHz and after some work it was discovered to be Radio Itapirema of Ji-Parana, . Thanks JEÖ & MR for listening to the clip! 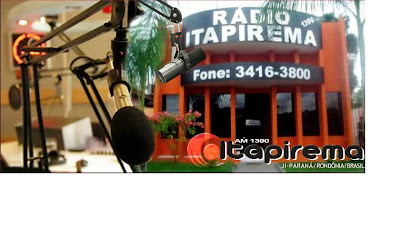 I am not sure if this split still exists, later on I have noted Rádio Jornal here (which is more usual at my QTH).

This station was first noted on Sept. 29th with nice Andean music. First it was a bit difficult to say what station is saying “Libertad” here although the music was “very Andean” music with nice melodies. The station even had time signals which were rather exact (not so familiar on Latins). Soon I noted the loggings of last year (credits to JMS, JEÖ and TSM in ) and indeed the station was the same as then – Radio Libertad de Arequipa, which seems to be a new station started last year. Actually the station seems to be on split as well, on 1309.98 kHz. I also found a RF-recording on my last winter´s HD of 4th December 2007: 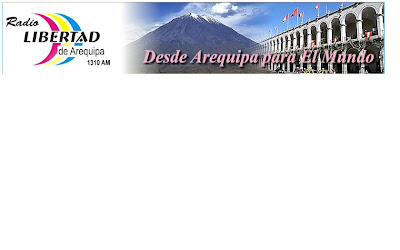 Radio Libertad with same kind of programming and announcements – and on the same split! The station has been dominating the channel also after September – many times in October – sometimes with good signal and only some QRM from at least two others (one being Venezuela with Nat. Anthem at 0430 – this one a bit above on 1310.01, the other one with programs sounding like Radio Maria – could be Radio Maria, Panama (carrier frequency rather near the nominal). Radio Libertad has also web-pages and program feed on web - very nice! On October 7th some other stations from Perú were noted with good signal.