A few days ago I went and listened a little bit to ENOX28 recordings from October 2011.  Firstly I checked 1320 kHz since there seemed to be a bunch of stations coming thru. As usual CJMR, KOZY and WILS were dominating but this time there was also an interesting country station audible at times on the frequency with a decent signal. I followed the country songs and other programming for about an hour and after the top of the hour's local news the station aired a local ad and finally announced a nice call ID before fading out with a country song.
The station was WBRT Bardstown KY making it's very first appearance in Finland. Wow!
I received two verifications from WBRT. In one of those emails v/s drew a conclusion that ENOX and Enontekiö must be a very special and unique place in Finland for catching the distant AM stations. I confirmed that and wrote back that he is absolutely right! 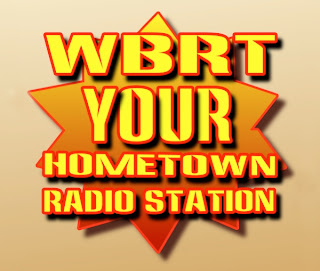 I heard WHEW Frankilin TN 1380 on ENOX28 last October with a huge signal one morning. After the pedition I sent many emails and mp3s to WHEW asking them kindly verify my reception report. Nobody answered me back then.

Earlier this week HN visited me on his way home after LEM319 and LEM320 DXpeditions. Among other DX related things and stations we talked about this one as well. Hannu had already received WHEW's verification last season and he gave me kindly the v/s info for La Raza. And this way it took only a couple of hours and I was lucky to get a nice email verification from this contact on the station.
Thanks a lot HN! WHEW became my #7 TN.
Posted by TuA at 18:43 No comments: